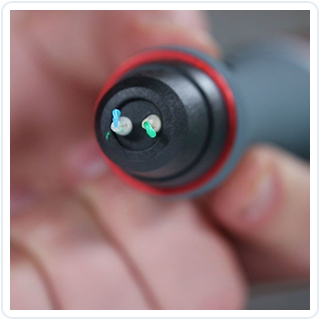 Putting pen to paper is one way to leave a mark but what if you had the tool that could match the freedom of your imagination? To do just this Scribbler has introduced the world’s first dual nozzle 3D printing pen: The Scribbler 3D Pen DUO.

Designed for all types of users, it is a great 3D pen for kids and adults seeking to create fine art. It is one thing to say that the Scribbler 3D pen DUO is easy to use, which it is but there is so much more that puts this technology on a league of its own.

Being a 4th generation pen by Scribbler, the 3D pen DUO has refined features compared to its predecessors Scribbler Nano and Scribble V3. A single nozzle pen was already fairly good but the duo-feed technology in the Scribbler DUO is ultra fast as it takes half the usual time it would to fill objects. Furthermore, this feature makes it a perfect 3D pen for kids and triggers creative juices in artists as the two nozzle system gives the user the option of using multiple colors for their 3D design projects.

The 3D DUO pen controls allow you to adjust the operating temperature. It has up to six different speed settings and the switch is seamless when using different plastic filaments. From simple sketches to 3D artwork that come off the page, the Scribble DUO pen user-friendly operating system is simple, safe and fully customizable, making it the most suitable 3D pen for kids in the market.

Go on and play with it

After unpacking your brand new Scribbler DUO pen which comes with an adapter, simply plug it in. Pick out the plastic filament color or colors of your choice, put it in one or both feed spots and hit the feed button. Within seconds it will be ready to use, hit the forward button and create a world of your own.

The Scribbler DUO pen comes with PLA filaments whose diversity of blends and colors are seemingly endless. The filaments are coiled and each strand is up o 10 feet long. This filament design allows a constant feed to the pen once heated up. The Scribble DUO pen is compatible with other brands of 1.75mm plastic filaments that melt at temperatures between 100 and 240 degrees. Capable of boundless creations only limited o the imagination, this gadget is highly versatile. The extrusion process of the filaments can be controlled by adjusting the speed button, to either be faster or slower. Allowing you to build as you go, the extrusion from the nozzle cools instantly and solidifies.

Stylish in design with a curve that facilitates a good grip, the Scribbler DUO pen is 9.5 inches long and weighs only 2.125 pounds. It also comes with an oversized LED display screen positioned on the neck of the pen. The Scribbler DUO pen doesn’t just give you that competitive advantage if you’re a professional designer but is also a fantastic 3D pen for kids to express themselves and unleash their creativity.