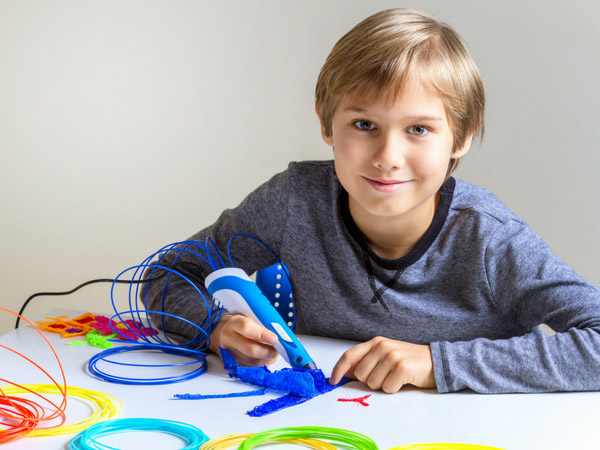 The best 3D filament refills for your childs  3D Pen 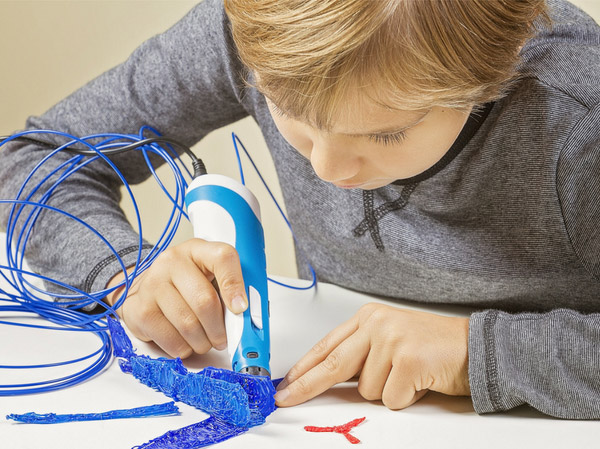 Get creative with these fun 3D Pen Templates 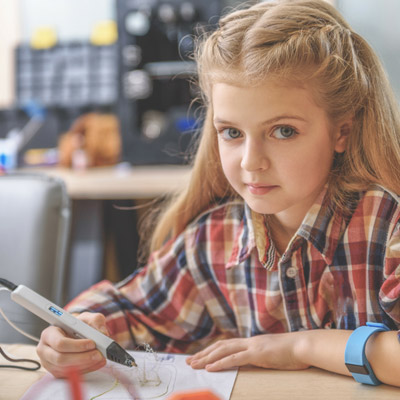 Easy to Use, 3D Pen for Beginners

The modern world is full of sleek and fancy new ways to stand out – and the 3D pen is no exception to this rule. This remarkable little piece of technology originally came from a Kickstarter project after some artists had a really great idea… what if we could make a 3D pen that worked in much the same way as a 3D printer did? Wouldn’t that be cool..?

Well a couple of years later – and you can. 3D pens are everywhere and are the height of trend right now, particularly among artists and creatives the world over.

(Want one for your kids? Read our reviews here!)

So what exactly is a 3D printing pen

It’s a pen, but not as you know it! This pen ejects the same thermal melted plastic that a 3D printer uses – meaning that with just a glue gun you can join products of the two to make some pretty fantastic sculptures.

The 3D pen allows you to write with plastic, essentially meaning that the finished creation will be solid and able to stand on its own two legs. No longer is writing limited to the page, either, since your 3D pen is able to build on top of what it has already made – in much the same way that a 3D printer prints in layers. The plastic cools instantly, meaning that solid structures can be built in seconds… a revolution in the world of art and design.

The nib of your average 3D pen is extremely hot, reaching temperatures of up to 329 degrees – so you need to be very careful in the handling of it. It has a similar temperature to a soldering iron, so bear that in mind if you are looking to invest. Fortunately, there are child-safe versions available that don’t heat up quite so much.

You should also consider how much the price of one of these pens has fallen since their introduction to the market. Once their sale was introduced by 3Doodler other brands scurried to mimic the idea, and now the cost has settled to a much more reasonable investment.

3D pens are now available in all types of colors and varieties. Thankfully, you can now buy ones without the superheated nib which are a whole lot more child-friendly. Since the idea caught on so quickly there are also several different brands and styles to choose from too.

A favorite among kiddies and an absolute smash hit among artists: the 3D pen has come a long way in its reasonably short lifespan. The art world has earmarked this product as the designing tool of the future. So perhaps one day we will be enjoying 3D pen works in art galleries?

Whatever the future holds one thing is for sure – this is a highly addictive little pen that will even write on the air for you… and when it comes to consumer satisfaction the 3D pen ticks every box. Completely safe and non-toxic (although maybe don’t ingest it) the plastic comes out warm and sets into a hard coating that allows you to create anything you want to… all you need is a little imagination!

How Do 3D Pens Work?

You may have heard a little on the news about the 3D pen – a remarkable invention that allows us to draw 3D pictures that happens to be everyone’s favorite new product. Artists around the globe are throwing away their paintbrushes and turning to this new medium… and they’re not the only ones.

The 3D pen uses tough plastic as its source material, meaning that anything produced by it is tough and durable, in much the same way as it might be had it been printed by a 3D printer. The pens use ABS (Acrylonitrile Butadiene Styrene) which is a usually clear thermoplastic that can be colored to create different effects. Creatives everywhere can’t get enough… and neither can we!

Get a 3d pen for your kids here. (don’t forget to read our reviews)

3D pens work similarly to the way a 3D printer does: by layering heated and cooled plastic on top of each other until the sculpture is finished. Tough ABS plastic is inserted as the pen’s ‘ink’, the pen comes attached to a wire which, generally speaking, will run off the mains. So plug your pen in and you are ready to write. Watch out for that super-hot nib though.

The more complicated answer is that the plastic is heated to super-thermal temperatures by the inbuilt heater inside your device. Upon contact with the air, this thin stream of plastic cools nearly instantly, allowing you to draw in all directions – even vertically if you so desire.

Interestingly; early prototypes of the 3D pen were made using a glue gun!

Which can have the same effect when treated the correct way. When the thick layer of glue met contact with the air it dried instantly. Once researchers saw that their design worked it was only a small matter of changing the materials the pen utilized to accommodate a stronger, more stable and more durable end creation.

Items drawn with a 3D pen should be tough enough for you to pick them up.

They ought to be in – you guessed it – 3D, but you could use it like a regular pen if you wanted to. You are able to draw on a surface and then peel the design off of it, thereby allowing you to place your artwork anywhere you like!

The 3D pen can draw anything plastic

After taking the creative industries by storm it was only a matter of time before other businesses started to see the potential of this product. Small parts can be replaced by drawing them, instead of sending out an order and waiting for weeks. The pen can draw anything plastic – so it is able to replace anything plastic. With such a variety of uses, it is only fair to say that this nifty little piece of tech is going to be around for a few years yet… hopefully with some exciting improvements and features set to make all of our lives easier!

3dpenforkids.com are a participant in the Amazon Services LLC Associates Program, an affiliate advertising program designed to provide a means for us to earn fees by linking to Amazon.com and affiliated sites.